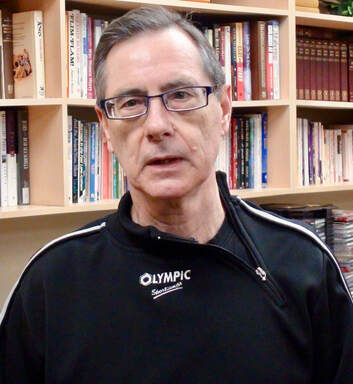 Each Sunday, we produce Cross Current, a rundown on congregational activities and a thought-provoking article by Rick Gamble that connects  faith with real life.

Those articles are published the following Saturday in the Brantford Expositor where Rick is the Ethics and Religion columnist.  About 30 other Postmedia newspapers across the country reprint the material.

To receive these free articles, with no strings attached, simply send a note to Rick at info@followers.ca 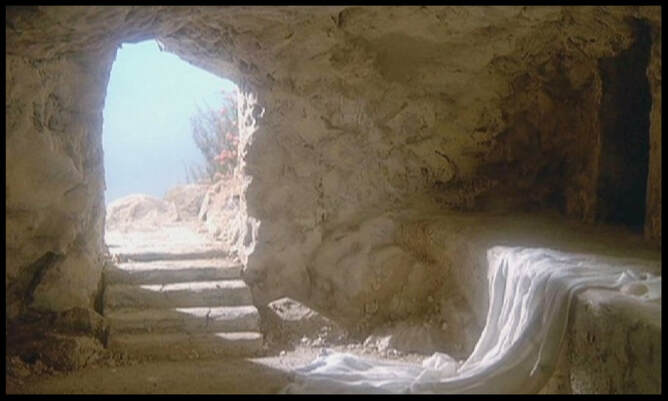 ​   U.S. President John F. Kennedy came back to life on November 25, 1963, three days after his assassination in Dallas, Texas.

If anyone made that outlandish claim seriously, eyewitnesses would destroy it, bolstered by a mountain of documentary evidence. Everybody'e entitled to their own set of opinions, but not their own set of facts.

Either Jesus rose, or he's still mouldering away in a Palestinian grave. Where we land on that issue will largely determine how we live, which is not to say all believers are “good” and all skeptics or atheists are “bad”. The Bible doesn't frame things that way.

But it's worth noting the overwhelming consensus among scholars is that Jesus of Nazareth really lived, and his execution 2,000 years ago changed civilization permanently. That view is held by academics and experts who are atheists, or from other faiths such as Islam and Buddhism.

Something happened, and it was cataclysmic enough to establish a new faith that would send millions to martyrdom, bring down empires and redraw the map of the world, touch off an explosion in art, and entrench a faith that's still spreading wildly, especially in Africa and Asia. The death of an uneducated carpenter couldn't do that, considering Jesus was only one of many during his lifetime claiming to be God's Messiah (Chosen One).

But if there was convincing evidence the carpenter came back from the dead, that would explain everything. And that's precisely what the New Testament claims: Jesus rose by the power of God, and appeared to more than 500 people over 40 days. Further, it says there were plenty of eyewitnesses still around. Since the gospels were written within decades of Jesus' death, a fraudulent claim about the resurrection would've been crushed.

More than that, countless new Christians faced torture and death rather than deny their faith, including 11 of the 12 disciples. If the resurrection was a hoax, that inner circle was in on it. And though people are often willing to die for a lie they believe is true, few die for what they know is a deliberate falsehood, especially when they gain nothing by affirming it, and lose everything by refusing to deny it.

"[Emperor] Nero... inflicted the most exquisite tortures on a class hated for their abominations, called Christians by the populace,” wrote the Roman historian Tacitus, about 116 A.D. “Christus, from whom the name had its origin, suffered the extreme penalty during the reign of Tiberius at the hands of... Pontius Pilatus and a most mischievous superstition, thus checked for the moment, again broke out not only in Judaea... but even in Rome..." That "mischievous superstition" was the claim Jesus was alive.

Even James, the physical brother of Jesus, was hurled from the Temple wall to his death for refusing to renounce the divinity of Jesus — something he didn't embrace until after the crucifixion. During the ministry of Jesus, his siblings thought He was mad for claiming to the Son of God (Mark 3:21). Later, they goaded him to go to Jerusalem. “'You can't become famous if you hide like this!,” they chided. “If you can do such wonderful things, show yourself to the world!' For even his brothers didn't believe in him.” (John 5:5)

At least two of those brothers changed their minds, after Jesus died. Acts 1:14 tells us his brothers were in the upper room with other believers just before Jesus ascended. Along with James, Jude suffered martyrdom — in Syria, where tradition says he was beaten to death and sawn in two.

Only something profound could explain such a dramatic reversal. Though some have argued early believers were just hallucinating, the posthumous appearances don't support that idea. Experts say hallucinations usually happen because of medical or psychiatric problems; some people are more prone to them than others; they tend to happen to individuals, especially people expecting something; and usually occur at predictable moments, such as when a bereaved spouse “sees” a partner come through the door at the usual time after work.

But it defies logic to think all 12 disciples were sick or emotionally susceptible, especially considering they thought Jesus was dead for good. “Doubting” Thomas was especially skeptical, even after Jesus appeared to others (John 20:24-29) Since the authorities couldn't display the body of Jesus to immediately shut down rumours of resurrection, the best explanation is that a risen Lord was changing minds, and lives.

He still does. But no amount of evidence will convince those who don't want a Saviour, especially One who calls them to sacrifice and service. On the other hand, Jesus has a message for those who are skeptical but open: “Everyone who asks, receives. Everyone who seeks, finds. And to everyone who knocks, the door will be opened.” (Matthew 7:8). In other words, when it comes to the the validity of resurrection, check it before you chuck it. Ask God to give you the insight and information you need. As I see it, skeptics are right: the empty tomb is not an open-and-shut case.